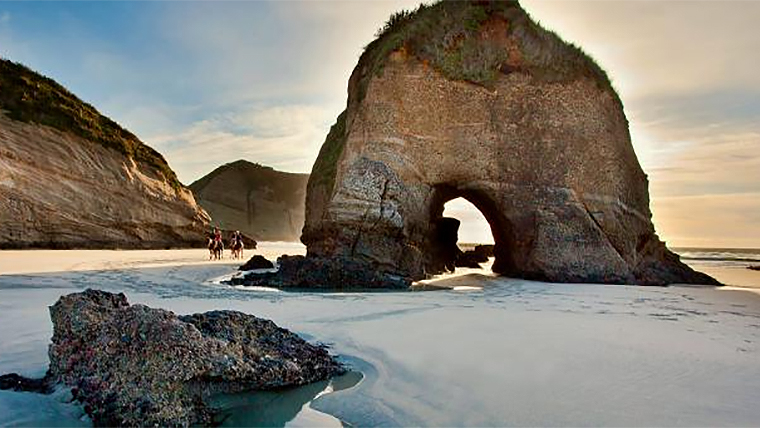 Here is our recap of the key overnight economic events affecting New Zealand with the announcement that a global tax deal appears to have finally been passed.

But first in the United States, the expected gain of +500,000 for their non-farm wages did not materialize for September. The overall figure was only a gain of +194,000, the smallest increase in 2021 and a big misfire.

However, we might be the only ones to notice it, but we have to be very careful to track the herd and use these seasonally adjusted numbers, when perhaps pandemic twists get complicated with seasonal adjustment mechanisms. .

The actual data is much more positive and more consistent with the decline in unemployment claims data. There are currently 147.7 million people employed in the United States at the end of September, up + 654,000 from the end of August and + 5.7 million from a year ago. This paints a rather different picture than the seasonally adjusted monthly gain of +194,000. The same distortion occurred in August (actual = + 492,000 while the sa result was + 366,000. This data shows that hiring in the United States is actually increasing, not slowing down.

Regardless, in the longer term, 151 million people were employed in the United States in February 2020 before the pandemic. They are still underwater with -3.3 million net jobs lost in September 2021. They still have a long way to go, even though recent gains are actually higher than most media reports.

In Canada, they reported very positive employment data for September, with a gain of +157,000, and exceeding both estimates and for August. The reverse is true in Canada when we look beyond seasonal adjustment. In fact, they only added +8,300 jobs as of August. But compared to the pre-pandemic February 2020 benchmark, their current employment levels are ahead by an impressive +376,100.

In China, their service sector is expanding again, and at a moderate pace, rebounding after a weak August. At least, it’s according to the private Caixin services PMI released today. Still, that can’t hide the overall softer trend evident in 2021. And their â€œGolden Weekâ€ travel business is down -40% compared to last year, stifling enthusiasm in the service sector in October.

Nevertheless Taiwanese exports impressed again, increasing + 29% from last year’s levels when a gain of + 25% was expected. These are now + 37% higher than in September 2019. This is a remarkable export success.

In Australia, their central bank released their latest update to their Financial Stability Review. One aspect stands out: he believes it is only a matter of time before a major bank is crippled by a cyberattack and “the defenses of a major financial institution are breached.” (p 39). They are also directly concerned about the “risk of excessive borrowing due to low interest rates and rising house prices”.

The OECD has achieved its major reform of how and where multinational companies will be taxed; their BEPS reform. It is an agreement between 136 countries and which is acceding the reluctant United States. The agreement included a minimum rate of 15% for companies and the main parameters of how much the profits of multinationals would be taxed in more countries: 25% of profits on a 10% margin. Ultimately, countries are expected to collect around US $ 150 billion in new revenue per year. This will be huge for many countries and will be felt in the biggest boardrooms. In the United States, anti-tax Republicans are already lining up to try to neutralize it.

And the UN-FAO has published its September food price data showing a further rise in global prices on a global scale. In nominal terms, prices are approaching their highest levels first seen in September 2011. In real terms, they are the highest since 1974, when droughts, an oil crisis and runaway inflation all conspired to strike. food at the same time.

Back in Australia, the Delta explosion case in victoria rose to 1,838 cases reported yesterday in a relentless increase. There are now 15,074 active cases in the state. In NSW there was another 646 new community cases reported yesterday with 518 others not assigned to known clusters. They now have 7,589 active locally acquired cases, which is lower, but they recorded 11 deaths yesterday, now featuring younger patients. Queensland is now report zero new cases. ACT has 40 new cases, including babies. Overall in Australia, more than 59% of eligible Australians are fully vaccinated, and 22% have only had one injection so far.

And oil prices have also changed little at just under US $ 78 / bbl in the United States, while the international price of Brent is only US $ 82 / bbl. But that’s an increase of + US $ 3 in one week.

The easiest way to stay on top of the risks of events today is to follow our Economic calendar here Â».

Select the tabs of the chart

Economic concerns and earnings are starting to weigh on stocks