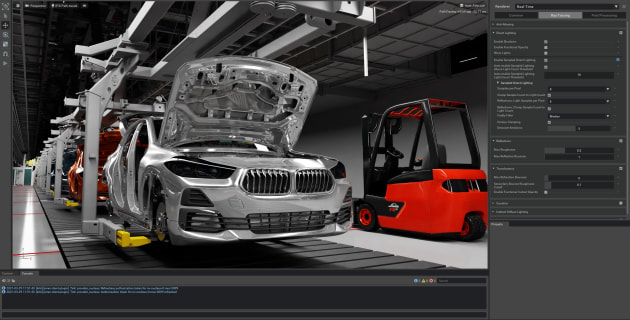 Toyota will halt production at its Russian plant, while vehicle imports into the country have also halted indefinitely due to supply chain disruptions. Toyota is the best-selling Japanese brand in Russia.

Automakers, with their global reach, complex supply chains and millions of employees, are a prime example of how the war in Ukraine could reshape international trade, according to The New York Times. The war will force all companies to consider their exposure to an increasingly hostile political climate, analysts say. After trade wars and the pandemic exposed the acute vulnerability of global supply chains, the conflict will add to the pressure companies now face to manufacture closer to home and reduce the risk of unrest in one place. far away from throwing their operations into chaos.

Ukraine’s automotive sector is mainly located in the western part of the country, with clusters mainly focused on wiring and cable manufacturing and production for the aftermarket, according to the European Association of Automotive Suppliers. Seven European suppliers and several international suppliers have manufacturing facilities in the country. In 2021, imports of auto parts into the EU from Ukraine amounted to €23.3 million, and given the focus on wiring and cables, we are seeing disruptions at short term, as recently announced by Volkswagen and Skoda. Exports to Ukraine totaled €855 million, making it the 42nd export destination for EU automotive suppliers.

Russia has a large automotive sector, employing around 600,000 people, or about 1% of the country’s total workforce. Several OEMs have a strong presence in Russia, mainly Hyundai and Kia, but also Stellantis, Renault and Toyota, with 34 auto assembly and production plants in the country. Over 30 European suppliers have facilities in the country and foreign direct investment by European suppliers between 2010 and 2021 totaled €2.3 billion.. Russia produced 1,767,674 vehicles in 2018, ranking 13th among car-producing countries and accounting for 1.8% of global production.

29% of the steel imported into the EU comes from Ukraine. It is also one of the largest suppliers of a number of noble gases used in chip production, particularly neon used in lasers that etch features on chips. According to an insider quoted in the FT, Ukraine is responsible for 25% of the world’s neon supply. In addition, Russia represents:

Transport of goods and border controls

Export restrictions and controls are problematic because not only customs authorities, but also freight forwarders will need to keep up to date with new restrictions and the thousands of different products and technologies being traded between Russia and the EU.

The crisis is also causing disruption to global transport and its full impact will not yet be felt in the coming days. Polish transport companies alone employ 103,000 Ukrainian drivers, who have either been to the battlefield or are looking to get their families to safety. Some tthe ruckers were no longer able to cross the borders, which resulted in the separation of trucks and trailers, as the trailer crosses the border and continues with another truck/driver.

Rail freight lines between the EU and China (via Ukraine and Belarus) are currently disrupted. It is important in both directions for imports of components and raw materials as well as for exports of finished products. Air transport is also blocked. The closure of Russian airspace to Western airlines has led EU logistics companies to suspend shipments there until further notice. Shipments to Belarus and Ukraine were also affected.

Oil drops below US$95 on potential Iran deal, China lockdowns