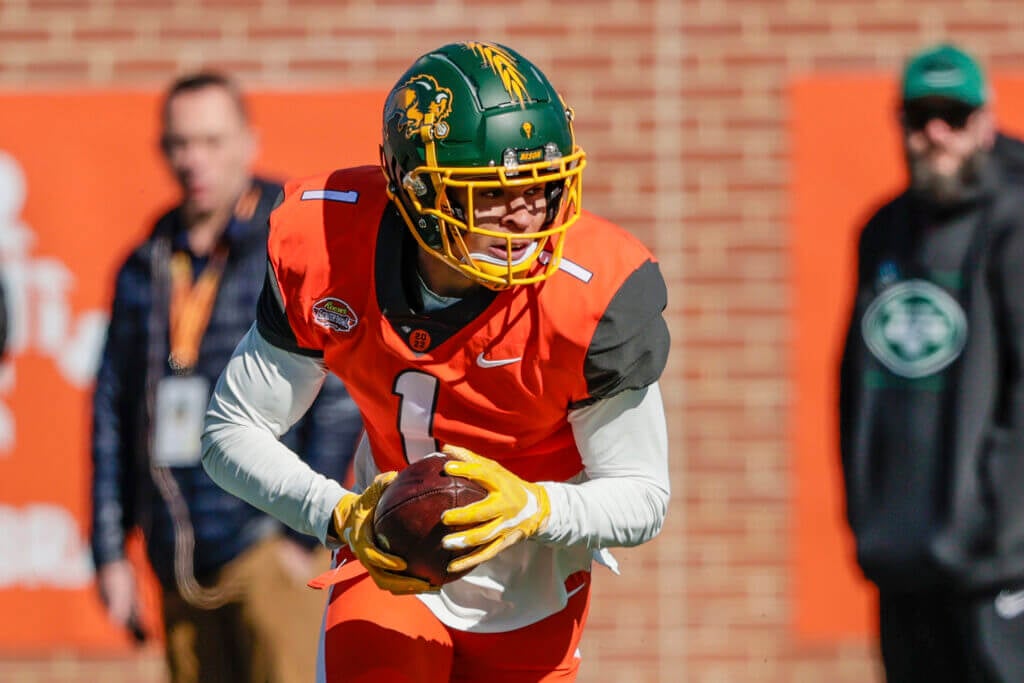 Steals, reaches, who we love, the biggest debates and more takeaways – The Athletic

It’s that time of year again, when The Athletic’s NFL beat writers throw out fictional seven-round drafts — you can find them all here — predicting every pick their team will make at the end of this month. So it’s 32 fictional drafts that, in theory, fold neatly into a single giant mock of 262 choices. It’s like Voltron, but with more interior offensive linemen. It is e pluribus unum in a way our founding fathers never imagined.

What’s cool is that they’re not written as if they all fit together. Each rhythm writer attempts their draft independently, without consulting other writers. This means there is inevitable overlap, which provides insight into the most popular prospects as writers project the top targets of the teams they cover.

For example, North Dakota State wide receiver Christian Watson, a dynamic playmaker who combines a 6-foot-4 frame with a 4.36 speed in the 40-yard dash, is considered a a prospect at the end of the first / beginning of the second round. Imagine his excitement to learn that he should rank 28th overall for the Packers.

And, in back-to-back picks, to the Colts and Falcons at numbers 42 and 43.