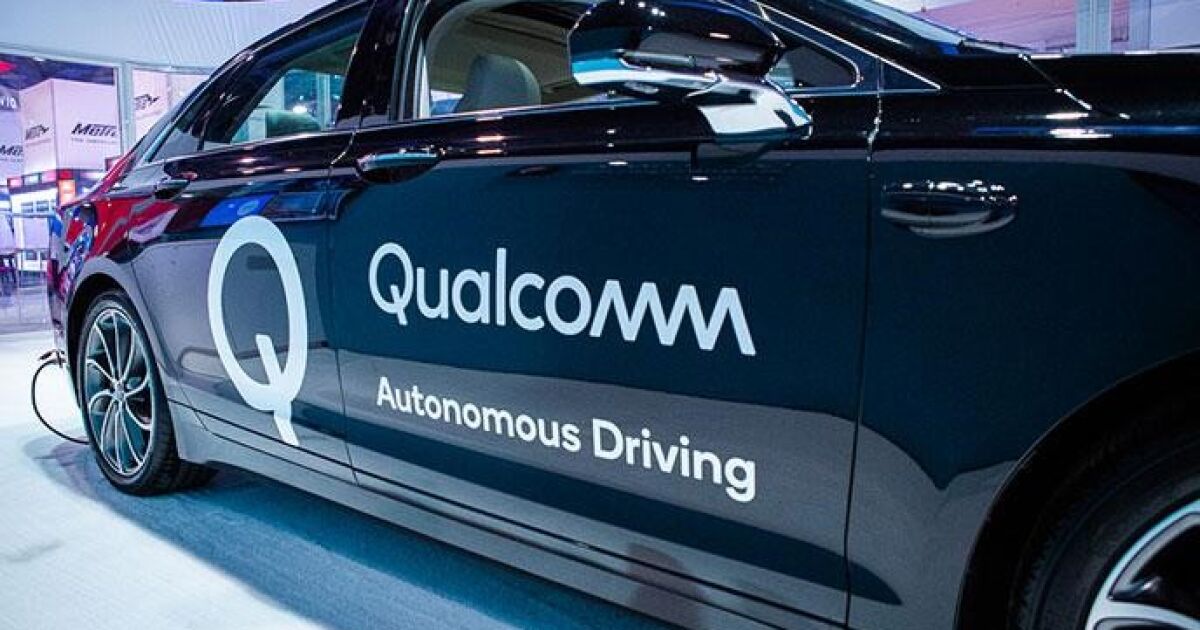 Qualcomm has long sought to gain traction with automakers as a way to diversify its business beyond the maturing smartphone market.

This week, the mobile technology company — and San Diego’s largest publicly traded company — outlined the milestones of its efforts so far, including a pipeline of automaker orders that has reached $30 billion.

“In the space of two months, we’ve added $11 billion to the pipeline,” chief executive Cristiano Amon said. “The digital transformation of the automobile is happening at an unprecedented rate, and it’s happening in a number of areas.”

At Qualcomm’s inaugural Automotive Investor Day, company executives highlighted how changes in the automotive industry, including new architectures required for electric vehicles, are opening the door to the adoption of technologies ranging from from advanced connectivity to machine vision to energy-efficient computing power.

Qualcomm estimates its revenue potential per vehicle ranges from $200 for lower-priced models to $3,000 for high-end cars that use its full ADAS (Advanced Driver Assistance Systems) technology stack.

The company also detailed how it calculates the $30 billion backlog: first by getting a design win at a fixed price, paired with the estimated number of vehicles the automaker expects to produce over the life of the reward.

Because automobiles are complex, it typically takes three to four years for Qualcomm’s products to find their way into a vehicle after a design win. The life cycle of the award is generally seven to eight years.

In the near term, Qualcomm forecast automotive revenue of $1.3 billion for its fiscal year ending Sept. 25, a 30% increase from a year earlier.

Given current inflation and global economic uncertainty, investors are likely to remain focused on Qualcomm’s much larger smartphone business in the near term, said Matthew Ramsey, an analyst at Cowen Research.

But he added that Qualcomm’s automotive business is “underappreciated” by investors despite its growing order book.

“In our view, Qualcomm is well positioned to maintain growth momentum as the company continues to diversify its revenue beyond handsets to power the connected smart edge,” Ramsey said.

Today, connectivity products are driving Qualcomm’s automotive sales. It has been supplying cellular modems to automakers since 2002 with General Motors’ OnStar system. It also provides Wi-Fi and Bluetooth processors to vehicles.

“We are now in our 10e generation of (cellular) modem for the car,” said Nakul Duggal, general manager and senior vice president of Qualcomm’s automotive business. “We’ve shipped over 400 million in-car Wi-Fi and Bluetooth products.”

“There’s no one else who has this wallet,” said Akash Palkhiwala, Qualcomm’s chief financial officer.

The company also provides digital cockpit hardware, software and services, which include an advanced digital instrument cluster; navigation/infotainment; smart mirrors; in-vehicle voice assistants; rear-seat entertainment; adaptation to each driver and passenger; and car-to-cloud services/software updates. That business is expected to expand this year, with Mercedes-Benz using the technology in some models in 2023.

And finally, there is ADAS. The company’s Snapdragon Ride hardware and software platform connects sensors and information stored locally or in the cloud to create a vision system for the range of assisted/autopilot driving capabilities.

“Qualcomm estimates its total addressable market to be $100 billion by 2030, broken down into $16 billion for connectivity, $25 billion for digital cockpit and $59 billion for ADAS/Autonomous Driving systems,” said said Melissa Fairchild, analyst at Raymond James, in a research. report. “We came away increasingly encouraged by the company’s positioning in the market, bolstered by an accelerating design pipeline.