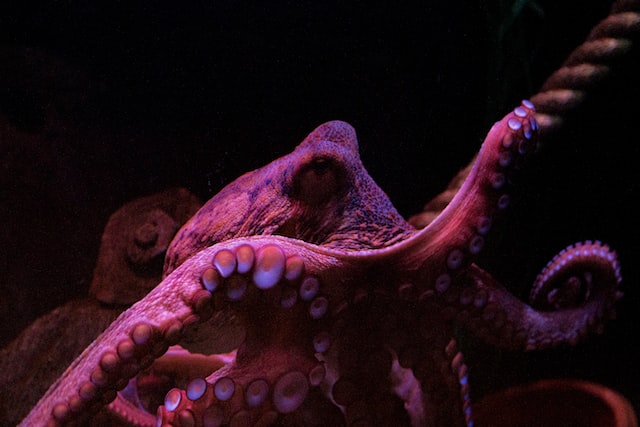 Molluscs (cephalopods), which include octopuses, squids, cuttlefish, and nautiluses, are cephalopods. They are ancient animals present in all the seas of the world and which are considered to have evolved 500 million years ago. They include several of the most intelligent species on the planet.

A group of scientists have discovered a previously unknown species of octopus on Dongshan Island in China’s Fujian Province.

Callistoctopus xiaohongxu is a tiny to medium-sized octopus, weighing less than 40g when fully grown. The species, known to locals but long misidentified as another, has smooth skin and a reddish-brown hue.

The identity of a Chinese octopus has been revealed by scientists

Locals and fishermen had known the species very well for a long time, but confused it with a juvenile variant of the common long-armed octopus (“Octopus” minor), which is traded nationwide, according to ScienceDaily.

The group of scientists from the Ocean University of China acquired a batch of specimens from the Dongshan Seafood Market Pier that had been misdiagnosed as “O” by locals.

As they began to study them, it became clear that they were a distinct and unique species. Callistoctopus xiaohongxu has been given its own name, and a scientific description has been published in the open-access journal ZooKeys.

The scientific name xiaohongxu is a phonetic translation of the species’ native Chinese name in Zhangzhou, where it was discovered.

It refers to its smooth skin and reddish-brown color, which are two of its distinguishing characteristics. In the adult stage, C. weighs less than 40 g. xiaohongxu is classified as a small to medium sized octopus. The researchers also mention that it is the first new species of Callistoctopus discovered in China.

In the Chinese seas, more than 130 distinct species of cephalopods have been identified. Due to the impact of strong warm currents, the seas of Southeast China provide optimal natural conditions for vast marine biodiversity, and the discovery of C. Xiaohongxu confirms the huge variety of organisms in the sea of Southeast China.

Cephalopods are incredibly intelligent and highly mobile ocean organisms that vary greatly in size and lifestyle, according to ThoughtCo.

They all have at least 8 arms and a parrot beak. They have three hearts that circulate blue blood – cephalopod blood is copper-based instead of iron-based human blood.

Many cephalopods, especially octopuses, are skilled problem solvers and escape artists. They can spit out a cloud of ink, bury themselves in sand, change color, or even let their bioluminescent skin emit light like a firefly, to hide from predators or prey.

Skin color changes are created by the expansion or contraction of pigment-filled sacs in the skin called chromatophores.

Cephalopods both have male and female sexes, and mating normally involves courtship, which can include changes in skin color depending on the species.

Some species of cephalopods gather in large numbers to mate. The male passes a packet of sperm to the female through her mantle orifice using either a penis or a modified arm; females are polyandrous, which means that they can be fertilized by many males.

Cephalopods reproduce quickly and overfishing is rarely a problem. The mother-of-pearl of nautiluses is highly valued in the United States and around the world, and although they are not on the IUCN Red List, they are indeed protected by the Convention on International Trade in Endangered Species. extinction (CITES) since 2016.

Related article: The ancestors of octopuses among the first animals on Earth, dating back to 509 million years ago!

© 2022 NatureWorldNews.com All rights reserved. Do not reproduce without permission.