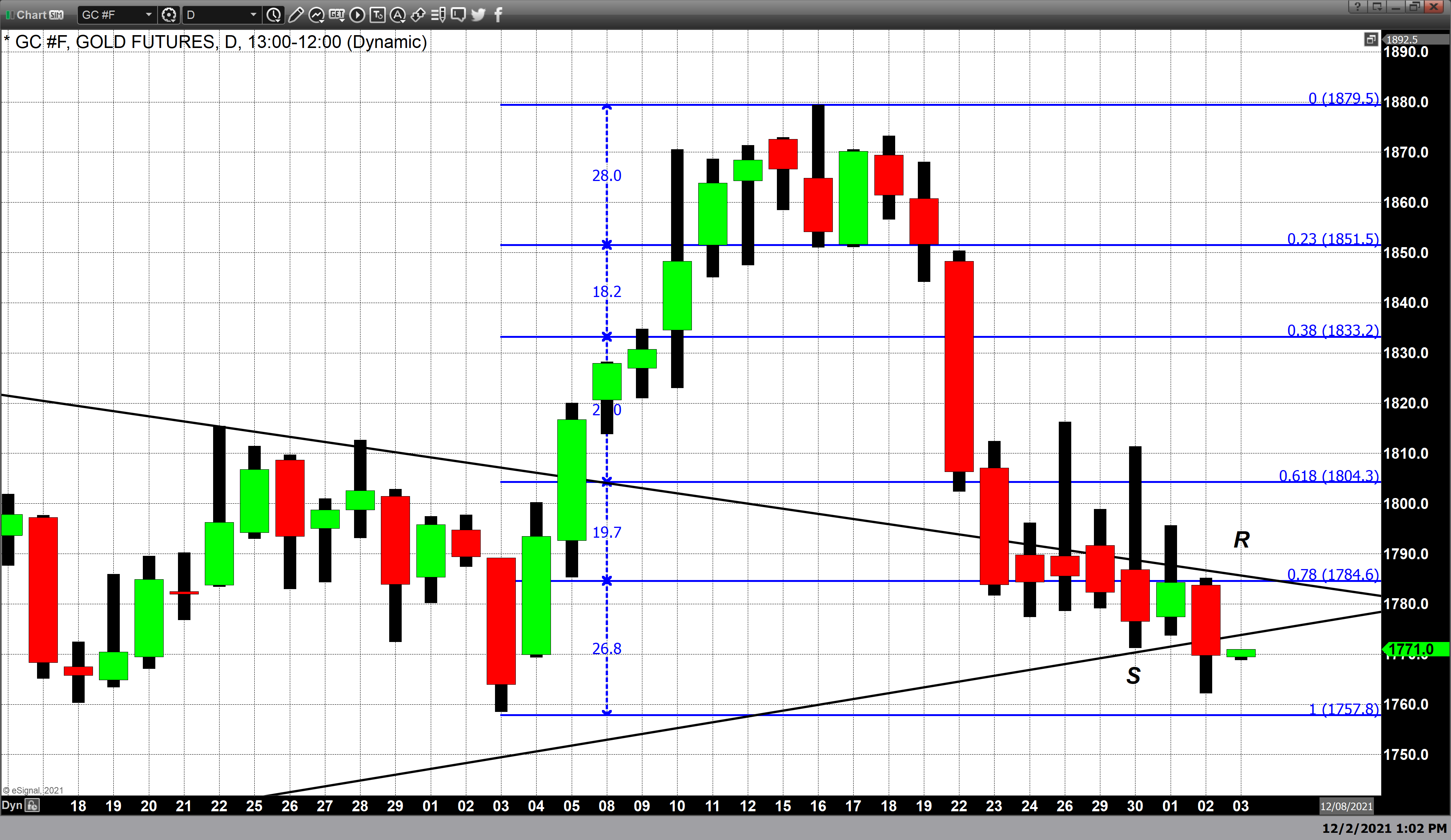 Yesterday’s comment began with news that the CDC had confirmed it had identified America’s first case of the Omnicron variant. The opening paragraph said the news was not alarming as it was about when and not if this new variant would start to circle the globe and perhaps become the number one dominant variant taking the place of the Delta variant.

However, from here I offer the distinct possibility that this new variant, while extremely contagious, may have less detrimental effects on those infected. This was based on the fact that even though we only had a data sample of one, this individual exhibited only mild symptoms that did not require hospitalization and was subsequently self-quarantined.

It looks like this singular example is becoming a benchmark for the most recent data from the World Health Organization and CDC. The most recent data suggests that the symptoms are indeed milder than previous Covid 19 infections. The CDC has confirmed this to be a second and third case. were identified, and in all three cases, those who contracted the virus were fully vaccinated. In all three cases, people who contracted the omicron variant have fully recovered or are in the process of recovering.

The data sample is still too small to make generalizations, but two things seem clear from the initial data. First, these cases all involve fully vaccinated individuals who received their first two injections but not a booster. Second, none of these people required hospitalization. Currently, the World Health Organization has confirmed the identification of the new variant in 23 countries around the world.

The caveats to the above statements are that first, more data must be collected before reaching an informed conclusion about whether or not this new variant causes more serious illness. Second, according to Singaporean doctor Leong Hoe Nam, “Frankly, omicron will dominate and overwhelm the whole world in three to six months.”

Finally, what is also unknown is how contagious this new highly mutated variant is, although currently the new variant is associated with higher transmissions and decreased antibody protection. It is also believed that it would take months to develop and ship a vaccine that specifically targets the new variant, according to Moderna CEO StÃ©phane Bancel. Although the common belief among scientists and virologists is that the current vaccine may have a reduced level of effectiveness in combating the omicron variant.

As Omicron was identified as a variant of concern, several actions were recommended to countries, including improving surveillance and sequencing of cases; share genomic sequences on publicly accessible databases, such as GISAID; report initial cases or clusters to WHO; conduct field investigations and laboratory evaluations to better understand whether Omicron has different transmission or disease characteristics, or has an impact on the effectiveness of vaccines, therapies, diagnostics, or public health and social measures . More details in the November 26 announcement.

It appears that market participants, investors and traders have focused on the good news in the most recent data from the CDC and the World Health Organization.

Thus, US stocks posted a dynamic rally today, with the Dow Jones gaining 617 points or 1.82%. The NASDAQ composite gained 236 points, a net increase in value of 2.06% and the S&P 500 gained 1.42%. Investors involved in the US stock markets believe that the fallout from the latter variant will be contained and will not experience the same kinds of economic pressures that are inherent in the Delta variant.

This sentiment also spread to safe-haven gold, which again traded under moderate pressure, dragging down $ 14.60, based on the most active February futures contract that is. currently set at $ 1,769.70.

It should also be noted that the disconnect between the positive correlation between gold and silver prices continues to decrease. The most active silver contract gained almost 7 cents in trade today and is currently pegged at 22 40 Â½ cents. The prospective analysis assumes that the risks inherent in this new variant will be considerably lower than those of the most important variant of Covid 19, Delta.

According to Chintan Karnani, director of research at Insignia Consultants, “most traders and investors believe that the omicron variant” will not cause catastrophic damage to the global economy “, adding that” they prefer stocks to safe-haven stocks. like gold, â€he mentioned. “Technical traders are also not buying because short term technical indicators are bearish.”

For those who would like more information, just use this link.

Wishing you, as always, good exchanges and good health,