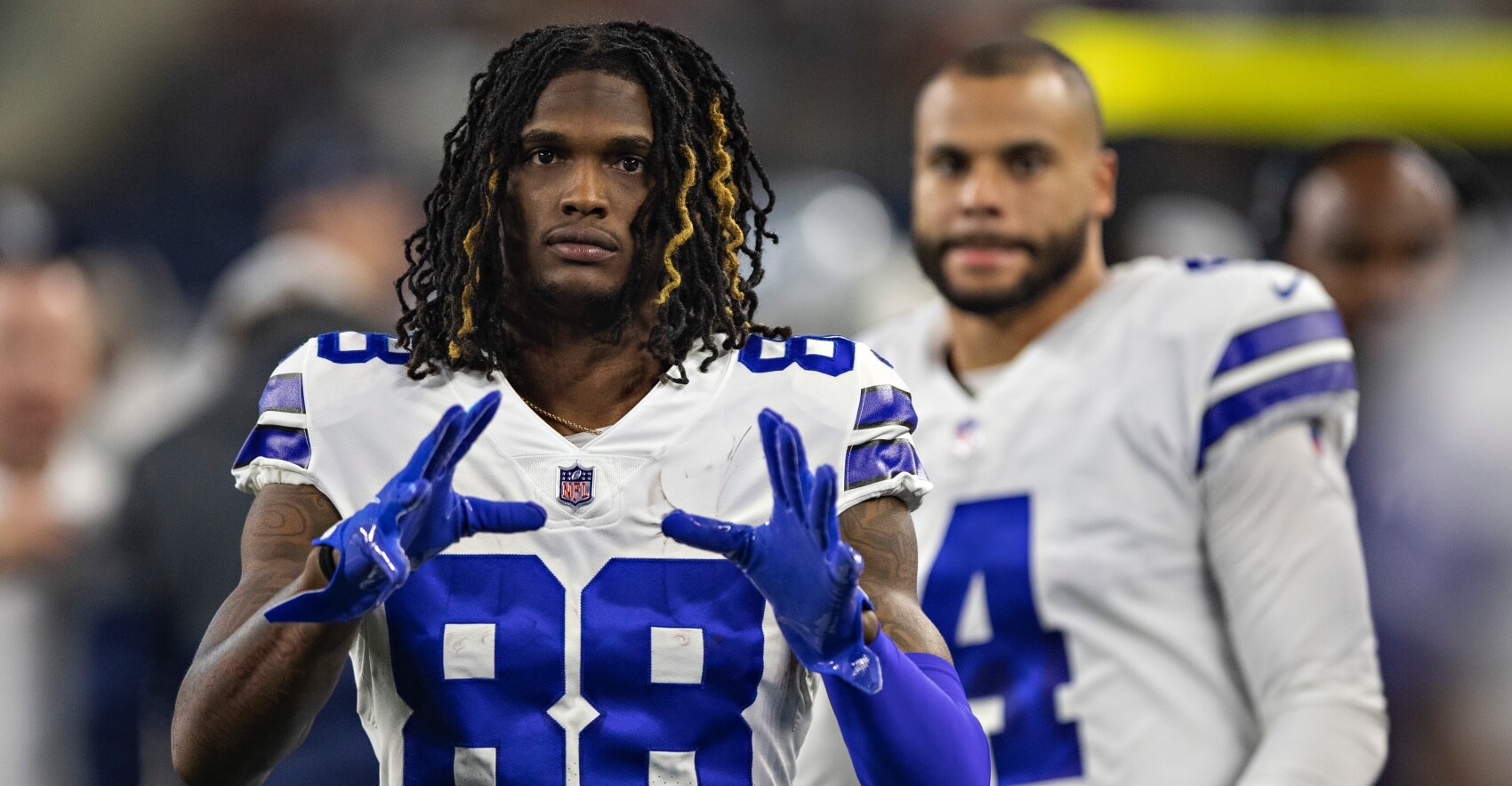 We did it! Week 1 of the 2022 fantasy football season is in the books. Hope you were able to resist the wins, but if not, there’s always next week.

This year, my weekly column is going to be a little different. As the title suggests, I’m going to focus on seven stats that I think are important for tee/seat, trade, and waiver decisions. There will certainly be some overlap with last year’s column – The Math Behind the Matches – but this will allow for more flexibility.

Without further ado, let’s get into it. All data, unless otherwise stated, is from nflfastR.

Last year I wrote an article that features a sobering picture of Week 1 wonders. Consider the players drafted in the 8th round or later who had a surprisingly good start to the season (over 12 points during week 1). They only outperform their low ADP over the rest of the season – not counting Week 1 – 58% of the time, not much more than a pure 50/50 split.

This means you should probably not expect the fireworks to continue for Dontrell Hilliard, Devin Duvernay and OJ Howard (more on those three later). Most likely, we’ll come to the end of the season without hearing much more from these players. It happens every year: in 2021, Christian Kirk scored twice against the Titans in Week 1, only to find the end zone three more times in total. Interestingly, he still had a great performance in week 1, and again I find it hard to believe in the durability throughout the season.

Now don’t listen to what I’m not saying. There are definitely players who have surprised us for the better than us should be careful. James Robinson, Michael Thomas and Gerald Everett all “shocked the world”, but there are indications that their performance could more or less go on. These players have demonstrated high-level talent in the past and have clear paths to solid volume in the future. It’s more about avoiding players who came out of nowhere, or swapping them out if you can.

Jason mentioned in a recent podcast that low usage in week 1 can be a bad sign for players moving forward. For a deeper dive, you can read more about this type of red flag in my recent article. Simply put, red flags were everywhere to start the 2022 season. Probably the most notable example is Cam Akers with 3 carries in the opener on Thursday; it’s hard to see it with a path back to fantasy relevance.

An important “zone of use” is the 5-12 carry range in week 1. Last year, Zeke was the only player in this lineup to post 1,000 yards (rushing) or 10 touchdowns (rushing) during the full season. This year, Zeke made the roster again, along with Alvin Kamara, although it’s harder to bet against these elite RB talents (Kamara and Dalvin Cook both had great seasons after lackluster performance in week 1). More notable are players like Rashaad Penny, Damien Harris and Rhamondre Stevenson, AJ Dillon and Aaron Jones. The signs don’t look good for any of these players to get really prolific bell workloads and rushing stats.

Fortunately, the opposite is true: Players with 20+ carries in Week 1 are averaging 944 yards and nearly seven touchdowns for the season. This year, those players are Jonathan Taylor, Joe Mixon, Nick Chubb, Cordarrelle Patterson, Derrick Henry, Leonard Fournette and Dalvin Cook. Henry and Cook haven’t had huge fantastic performances and are great trade targets if managers panic. Joe Mixon is my absolute favorite trade target, something we’ll get to later.

To clarify, this section highlights players who scored fewer points than expected, subject to certain usage variables. Specifically, I build a model for fantasy points using targets, overhead yards, and defensive prowess, then look at players who scored significantly less than the model predicted. Here are the top 10 underperformers from Week 1:

CeeDee Lamb saw a whopping 11 targets, but only converted it to two catches for 29 yards. Unfortunately, with Dak Prescott out for 6-8 weeks, it’s hard to target CeeDee in any trade hoping for a positive regression. We all remember how the Cowboys struggled to move the ball the last time Dak was out.

No, the names I’m interested in on this list are Kyle Pitts and Tyler Higbee. I was low on Pitts at his ADP during the draft season, but if a manager panics after two catches for 19 yards, he could be a very interesting trade target. Seven targets in Week 1 – about 0.5 targets more than his average per game last year, in a mostly negative play scenario – accentuates more volume to come. Tyler Higbee is another notable case: Matt Stafford kicked the ball his way eleven times. Allen Robinson may get more involved and the Los Angeles Rams won’t play from behind so much, but Higbee is flying under the radar thanks to the unremarkable final stat line (5 catches, 39 yards).

The other side of the coin is the players who scored far more than you would expect given their usage:

Justin Jefferson turned 11 targets into an insane 184 yards and two touchdowns. That doesn’t mean you should trade it in anticipation of this efficiency dropping, it just means it’s awesome. If you drafted him, congratulations.

I expect a regression for Dontrell Hilliard (4 targets, 61 yards and two scores), OJ Howard (2 targets, two scores) and Devin Duvernay (4 targets, 4 catches, two touchdowns), as mentioned above. Unfortunately, the same goes for Clyde Edwards-Helaire, who turned three targets for 32 yards and two scores. I’m doing my best to trade him, especially after Isiah Pacheco had a touchdown run in garbage time.

So much crucial fantasy football data consists of what doesn’t happen, or even what almost past. A metric I liked to watch last year was “Almost Scored” for RBs and WRs, or the number of different drives a player was tackled inside the 5-yard line and didn’t. not marked on this drive. In week 1, Joe Mixon had this happen to him thrice. Combine that with his use of monsters (27 ranges, 9 targets) and he’s an incredible trade target. You’ll have to give up a lot – Mixon still had a solid game, after all, and was more often than not a first-round pick – but there are signs that he’s once again an elite fantasy producer.

Another fun stat is how many fantasy points are wiped out by a DPI (defensive pass interference) call. I use the model described above to estimate how many points each of these games plays would have Not much to note here, other than the fact that Courtland Sutton’s slightly disappointing start would have been almost 5 points better if not for this fantastic scoring oddity.

One of the really surprising results I’ve found recently is that injuries tend to cluster together. In other words, if a player is injured, his teammates are more likely to be injured that season. It’s a really strange result, and I have no idea why it’s true, but it’s something to watch for teams that have had unfortunate injuries before. The Dallas Cowboys are the first example that comes to mind, followed by the San Francisco 49ers.

You want to know more ? Let me know on Twitter.