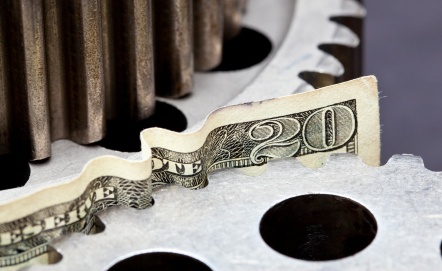 â€œEach year, Arkansas economic developers and chamber leaders recognize those who have gone above and beyond in their efforts to serve their communities and the state of Arkansas,â€ said JD Lowery, president of Arkansas Economic Developers and Chamber Executives. â€œWhether it’s through recruiting, promotion or working to retain employment opportunities, these are the people in our profession that we all strive to be. Congratulations to all who are honored this year.

The AEDCE Awards recognize volunteer and professional economic developers and chamber executives for outstanding achievement demonstrated by significant achievements in their community, region and state during their career, including professionalism, experience, training and education, service to AEDCE and the profession.

“COVID-19 has pushed our state to its limits in all areas, but thanks to the leadership of your award recipients and all Chambers, Arkansas is emerging from the pandemic on the strong economic foundation that the Chambers have laid for years.” Governor Asa Hutchinson said. “These winners have produced a model for strong economic development in Arkansas.”

Allen is the Executive Director of the Newport Area Chamber of Commerce, where she has served the community since 2002. She graduated in 1994 from Arkansas State University with a Bachelor of Science in Communications – Radio / Television. Prior to taking her chamber position, she worked as a radio DJ in Jacksonville, Florida and Jonesboro. In addition to her duties as Chamber Manager, Julie volunteers with numerous organizations and non-profit organizations in the Newport area. She was a founding member of Downtown Revitalization & Volunteer Improvement Effort and the Newport School District Charitable Foundation, still serving on both boards. She is Treasurer of the Jackson County Humane Society, Secretary of the Board of Directors of the Newport Country Club, Current President of the Newport Rotary Club and Paul Harris Fellow.

Holmstrom is a Senior Project Manager in the Business Development Division of the Arkansas Economic Development Commission (AEDC). His primary responsibility is to facilitate the growth of new and expanding businesses in Arkansas, including recruitment and expansion projects. She has worked with companies such as Amazon, Lockheed Martin, Carvana, Tyson, Walmart, Mars Petcare, Aerojet Rocketdyne, SAF Holland, and Nice-Pak to help them grow or establish a foothold in the state. Katherine has 13 years of community and economic development experience in Arkansas. Prior to joining AEDC in 2011, Katherine worked for US Congressman Marion Berry in several roles including voter services, credit management, community development and intergovernmental affairs. Originally from DeWitt, Arkansas, she holds a Bachelor of Science in Journalism with a specialization in Public Relations and a Minor in Agricultural Affairs from ASU.

How To Qualify For An Instant Payday Loan With No Credit Check: The Guide

Should economic developers take small businesses off their pedestal – to help…